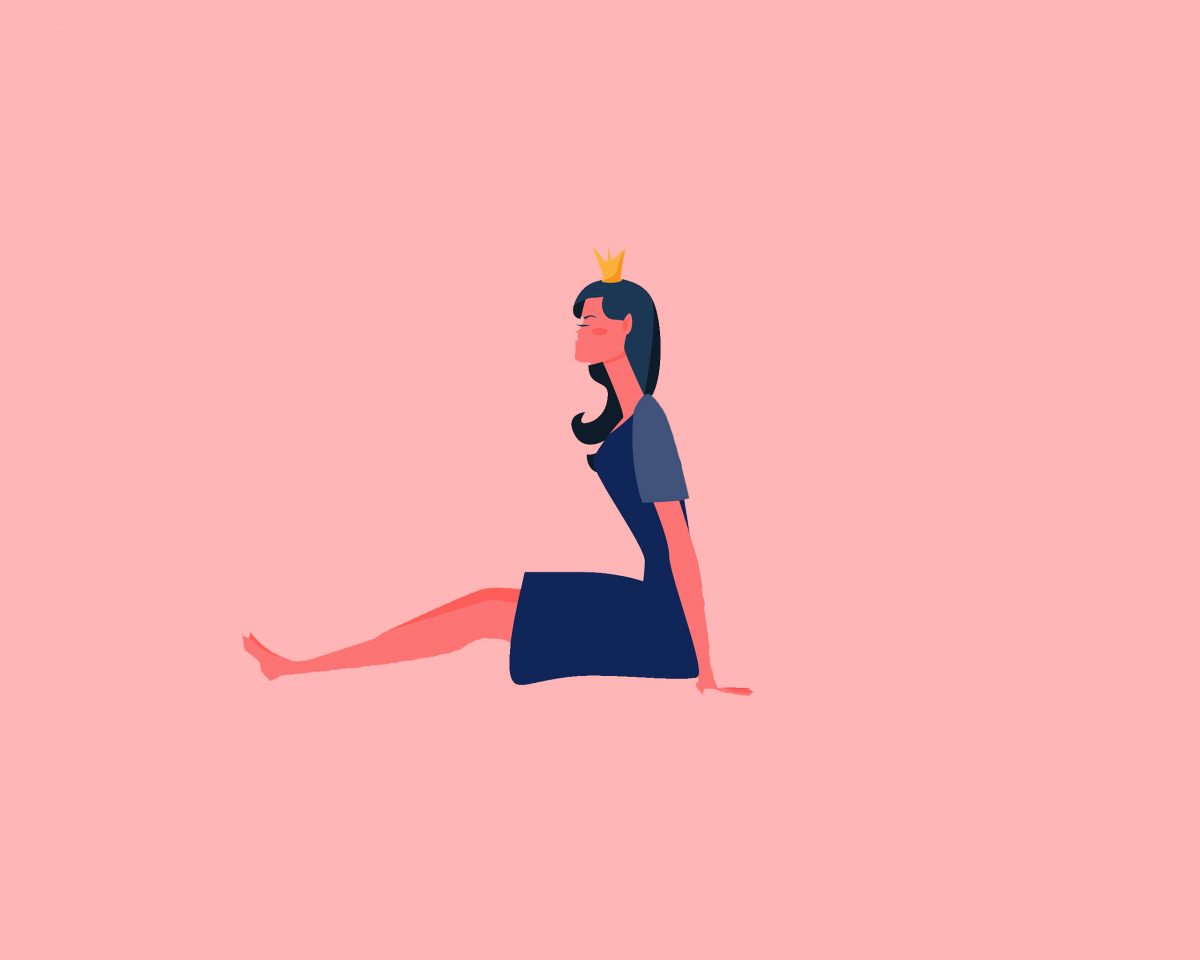 Men and women are wired in different ways. With men, it’s pretty straightforward. If we like what we see, we don’t care that much about personality. We are more visual and as long as she is attractive – we’re in. Most men suck with women, so once they find a girlfriend, they tend to hold on to her. They haven’t had much success earlier in life with women, so they think that it will take them a long time to find another one (they are right). Of course, not every man is like that, but most are. Female psychology is very different though.

Women, on the other hand, actually care more about your personality than looks. Shocking, isn’t it? The classic story that has been going on forever: Do looks matter? I’ll definitely write more on that topic, but for now, I’ll keep it short:

Yes, they do. Or let me rephrase that. They HELP. But you can get a woman way out of your league even if you are not a handsome guy. You need to show enough of the attractive features. So, how to attract women?
Well, women look at your behavioral cues, those subtle things to see if they would bang you or not. They are wired to be attracted to guys who show attractive traits. A girl might tell you that it isn’t true, but bring her around an ugly guy who is considered “alpha” and she will be all over him. I myself am not a handsome guy. Far from it. But I hooked up with girls that would at first glance be way out of my league. It took me years to figure out that personality is more important for girls.

Did you ever see an ugly dude date a hot woman? You did, didn’t you? Well, that ugly dude has a lot of attractive traits that attracted her to him. Guys are lucky in some ways. Even if they are not physically attractive, they can still get girls because of their behavior. Girls are not that lucky though. Most guys marry the first girl they find. They don’t have an abundance mentality and they don’t know how to attract girls. So the first chance they get is usually their last and they decide to stay with the same girl. They might not even love her. It doesn’t matter to them. They want to take that chance because they know it will take them a long time to find someone else if she dumps them.

You meet a girl. You showed a lot of attractive features when you first met her and she got attracted to you. It’s a no brainer. You go out and everything is amazing in the beginning. Six months passed and you realized how much you love her and love being with her. You start to let go a little bit. “I can skip a day in the gym, I want to be with her today.” It sounds fun, but girls notice that. And they don’t like it. Let me explain:

As guys, we have unlimited sperm and we can make as many kids as we want with as many women as we want. We can roam the world and impregnate any woman that we find. Women don’t have that luxury so they have to carefully choose who gets to be their life partner. They have a limited amount of eggs and those eggs run out during their lifetime, so they are screening very hard. They want their children to have a father who will be capable of protecting them. Not only that. They also want their children to have the best possible genetics. So, they also want a man who will be able to provide these offsprings.

That’s why they are looking for a man with attractive qualities. So he can pass on those qualities to their children.

That’s why the tests occur. From the moment that you meet her. Subtle tests to see if you are the man that she will want to be with. Once you’re in a relationship, these tests are there to see if you are still the same man that you were when she met you. I talked about that in this blog. I explained from my own experience the timeline of what went wrong in my relationship. She wants you to be a mountain. She wants you to be strong, not to be swayed by her words or actions because that’s a weak trait.

If you’ve met a girl recently and you acted confident and even a bit arrogant, you’re most likely to get tests in the beginning. She wants to see if you really are that attractive guy or you’re full of shit. So she will throw some stuff here and there to spice it up. “That is a very strange hairstyle.” – It is a shit test, my friends. Your response to it will dictate her attraction levels and the rest of the conversation. You can be butthurt and start being defensive – and fail. Or, you can say something like: “Thanks, I’m glad you like it.” And continue on.

There will definitely be a blog about tests. Right now, it’s important to know that you should never be reactive. Act aloof. Misinterpretation works great when dealing with shit tests like in the example above. Agree and amplify is also great. “Oh yeah, I agree. It’s so ugly, blood is coming out of my eyes just by looking at it.”

And in the relationship, when she says: “Baby don’t go with your buddies, stay with me, let’s watch TV.” She will tell you a lot of things like that. You may think that she actually wants those things and it benefits you to listen. But actually, she hopes to God that you don’t listen. She hopes with all her heart that you do go and hang out with your friends. Inscribe these words in your head: SHE DOESN’T WANT YOU TO LISTEN.

I’m a huge football (soccer) fan and most tests came from that side. I would watch a game and get a test: “Spend time with me, who cares about the game.” My response was: “I’m all yours… after these 90 minutes ;).” It doesn’t mean that you become an asshole. It just means that you have hobbies that you love doing and you will continue doing them no matter what. You will make sweet love to her after that important job assignment or after the gym session.

The moment you stop doing what you love and steer off your path as a man, she will lose attraction. Trust me, it’s an uphill battle to return it. Keep your woman happy and good things will happen to you too. It is proven that men who are in happy and stable relationships are also happier in life and make more money.

Here are two scenarios for you:

We have two guys. Let’s say that both of them have the most important meeting of their lives in two hours. They could potentially earn millions of dollars.

The first guy is in a happy relationship. His girlfriend decides to have sex with him and give him a massage before the meeting. She showers him with compliments at the same time.

The second guy is in a relationship with a girl who craves drama and he ends up in a huge fight with her. She belittles him and threatens to leave him.

Which guy do you think is more likely to do well in that meeting and end up with millions of dollars? Do you see how important it is to choose the right life partner?

People love testing your boundaries to see what they can and can’t do. It’s in our nature. The game of hierarchy. Everyone will do it:Your boss, your coworkers, your friends, but especially your partner. At some point, it will be up to you to hold your frame and set up a boundary, because a woman will test it to see if you are a putz. I never blame women for that, in fact, I am a firm believer that women have it harder. Most men suck with women and they don’t know the basic things! Would you want to stay with a partner like that?

Tests will always happen. A month into the relationship, 2 years into it, 45 years into it. It’s their way of keeping us on top of our game, and it’s brilliant! A good woman can make you a better man in no time. It is your job to stay on top of that game and always be on your path – make more money, be her mountain, protect her.

There will also be jealousy tests. “He is so cute.”

After she tells you that or makes a comment of the same caliber, look into her eyes. She will, in most cases, be staring straight at you to see how you react. The correct answer is not to be jealous. Jealousy is the worst thing in the world. If you’re insecure and possessive, it will only show her that you have zero confidence in yourself. Why would you be jealous of another guy? Are you not secure in who you are? You don’t think you’re good enough for her? Well if you don’t, then that guy will definitely be the one she will want to be with.

Jealousy is something that you can’t control, unfortunately. It’s stronger than you and hits your emotions. You can work on it though. Jealousy is a sign of insecurity and it is a big attraction killer. You think you lack something that the other person has and you’re jealous of that. With professional help and individual work, you can solve it.

As I’ve said, the point is to be the man who she knows she can always lean on. Don’t be someone who loses his temper at the slightest thing and acts like a child. Be a man that nothing can sway. Control your emotions, there are countless books and guides on that. I recommend the book called “Emotional Intelligence” by Daniel Goleman. It helped me a lot. Also, read a few great relationship books:

“The Way of the Superior Man” by David Deida,
“Men Are from Mars, Women Are from Venus” by John Gray and
“Models” by Mark Manson.

These books are all that you need, you will be a new man after reading them.

And remember, never go off your path because of anyone. Work, try to become a better man every day, make more money, do what you love, and only change for the better. That is the reason she fell in love with you; that guy who was amazing. Become better than that and both of you will be happy.

If you want to find out more or you have a general question, click here: https://flirtivate.com/product/dating-coaching/