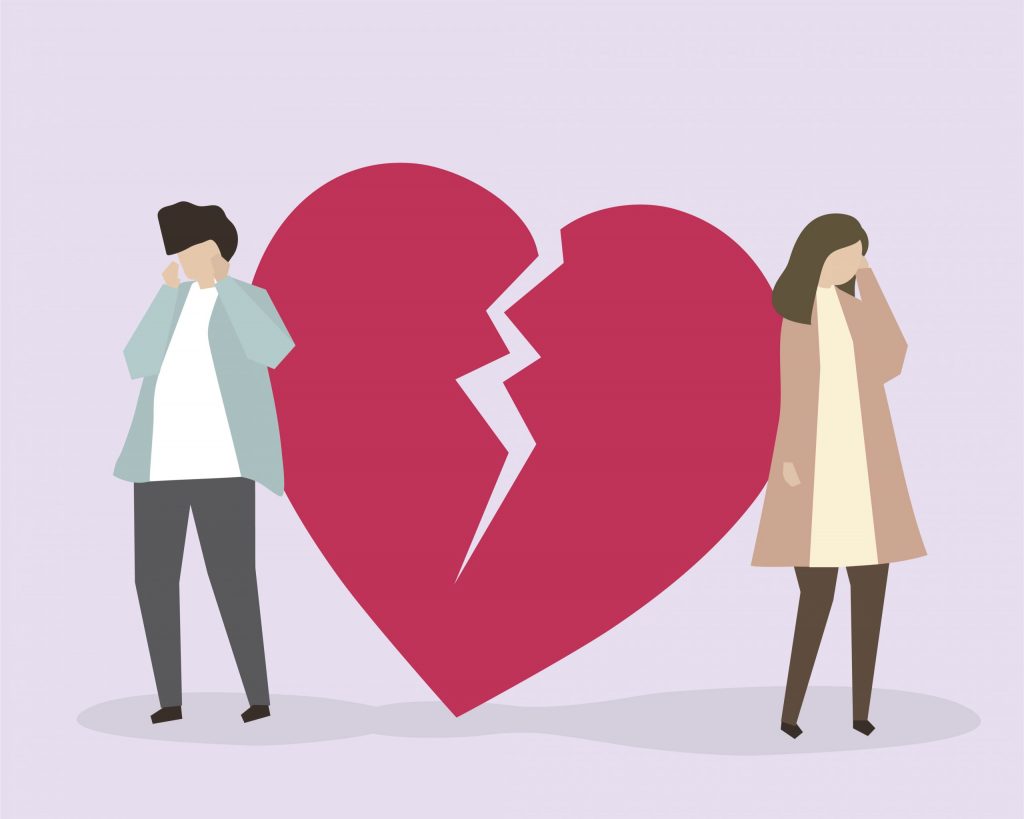 My friend once told me: “I felt confused, sad, angry and in shock, all at the same time.”

Granted, he said it while using a lot of curse words. I will not utter them here, but still, he was talking about his break up and he said the truth. It was a few years ago. Back then, I was starting my journey and I had recently found out about the no contact rule. Skeptic, but definitely intrigued, I told him to look it up and try it out — he had nothing to lose. He went on to do it, and after 6 months of constant crying, he received a message from a familiar face. A profile picture he knew well on Instagram jumped out from a notification he received.

At that instant, I could see his eyes glow, and a short “huh?” followed up, while a slight smirk was forming on his face at the same time. Bingo, there she was. “How are you doing?” she asked him. A classic.

Oh my, he was a happy fellow at that instant— jumping around the room while flailing his hands – happy. This spiked up his dopamine hard. All six months of pain immediately went away. And there he was again; my usually happy and outgoing friend. The moment he saw her name on his phone his body language changed completely. From that depressed gloomy guy, I had to deal with for the last six months came forth a warrior.

With that new fountain of gained confidence, there was no way he was going to ruin this. So we constructed his messages in the best way possible. We made him look like a confident, cool guy who had the best life in the world for the last six months.  Of course, in reality, tears and depression were his allies. But it would be a poor decision to write that, so we “tweaked” it up a bit. He asked her out, she accepted, and not too long after that, they got back together.

This only intrigued me more. How is it possible that by NOT talking to someone for all that time they want you more? What is this sorcery? I went deep into it. I learned everything. Why the breakup happens, how it happens, how does the no contact rule work – I got it all covered. I gave no contact advice to a few of my friends who were also dealing with a breakup. A lot of them got their exes back. A part of me was still skeptical though.

Even with all that knowledge I had I still couldn’t believe it. I started watching videos about it; learning a lot and recently I got in a relationship with a girl from my college.

And then the moment to actually try no contact myself happened after she dumped me. It’s easy to read breakup advice and think that it is straightforward. It’s a whole different story being the one to experience it. I met her at college. Of course, still starting out and not having enough knowledge – the breakup happened fast. My knowledge about breakups was good. Handling a relationship though – was not. Oh my, the breakup was a cold slap. I thought I knew everything, how could she do this? It was way harder to ever follow the contact rule after I was the one getting abandoned.

“It’s not you, it’s me.” Another classic. I immediately knew it was a bullshit reason for breaking up but I left with my head held high. I decided to try the no contact rule and work on myself; change myself and better myself in every aspect of my life. Of course, what followed were weeks of pain and suffering with lots of rock ballads playing. Depression hit me and I was down all the time.

No contact after the breakup was one of the toughest things I’ve ever had to do. But after a while, I decided enough is enough and I went out. It was time to do some new hobbies as well. I made a lot of new friends and developed a thirst for approaching girls. I became tired of meeting girls by luck; so I took action and I became good.

I’ve read more books in that period than I have ever read in my life up until that point. The world of dating completely won me over; it was love at first sight. After immersing myself inside of that pleasant world, I’ve experienced cool things. a lot of the stories that I saw online about guys doing incredible things while “gaming” happened to me. I got hooked in that instant, and after some time, seeing her name pop-out didn’t give me anxiety anymore. It gave me an appreciation for the experience we had and even for the breakup. That breakup made me a better man. It made me the man I am today. This took me about 6 months.

And finally, when I didn’t think about her anymore and removed her from the pedestal, she messaged me. Usually, your ex will message you with something indirect. For example: “What’s that movie that we watched when I was at your place?”

Yes, it can be that dumb. 6 months of you two not talking and now her interest in a movie develops? It’s not like it is 1794 and Google doesn’t exist, right? But instead of the indirect message, this was a straight-up “I made a mistake.”

I was very surprised, because not only did I not expect that, but I also did not want to be with her anymore. But now that I think about it, it’s pretty clear why she wanted to start over. We went to the same college, we saw each other every day. I changed mentally, she absorbed all those changes. Like a caterpillar rising out of its cocoon. Plus, I still had her on my social media, so she also saw a lot of pictures with other girls. In my head, she had the same status as any girl that I pass on the street. If she would have messaged me a few months earlier, I would have definitely gotten back with her. But this time, no. We talked, I rejected her and moved on with my life.

That’s when it hit me. No contact works. It works in two ways: One; it helps you get your ex-partner back. Two; it helps you get yourself back, and number two is definitely way more important than number one.
Breakup is the second hardest emotional trauma that can happen to a person. The death of a loved one is the hardest one. Although, it is scientifically proven that a break up envokes the same emotions as death does.

You lose a person; in different ways, but you lose them nonetheless. It’s a very painful experience, and it’s easy to get lost in it. You’re not the same person that you were before, you lose your focus and your passion. You become numb and in some ways, you feel lost. The validation you received from that person is no longer present. The love of that person is no longer present either. In return, you stop loving yourself, and that is a mistake we all make.

Right now, with a lot of experience under my belt, I can say that indefinite no contact is the number one method that works best to mend a broken heart. That’s right, not the “30 days no contact rule or six months no contact rule” that some of the dating coaches suggest. When you go no contact, you do it — you guessed it — forever. I cringe so hard every time I see the 30 days no contact rule or any “no contact period” type of post on forums. Do not believe that for one second. One month is NOTHING! A person that broke up with you will take months to reconsider their decision. It takes time for them to put their ego aside and realize the mistake they made. It is very rare for a person to realize their mistake after only one month.

If you’re still unsure about what to do in your situation and you want to fix it, book a call with me and let’s work on your situation together: https://flirtivate.com/product/breakup-coaching/