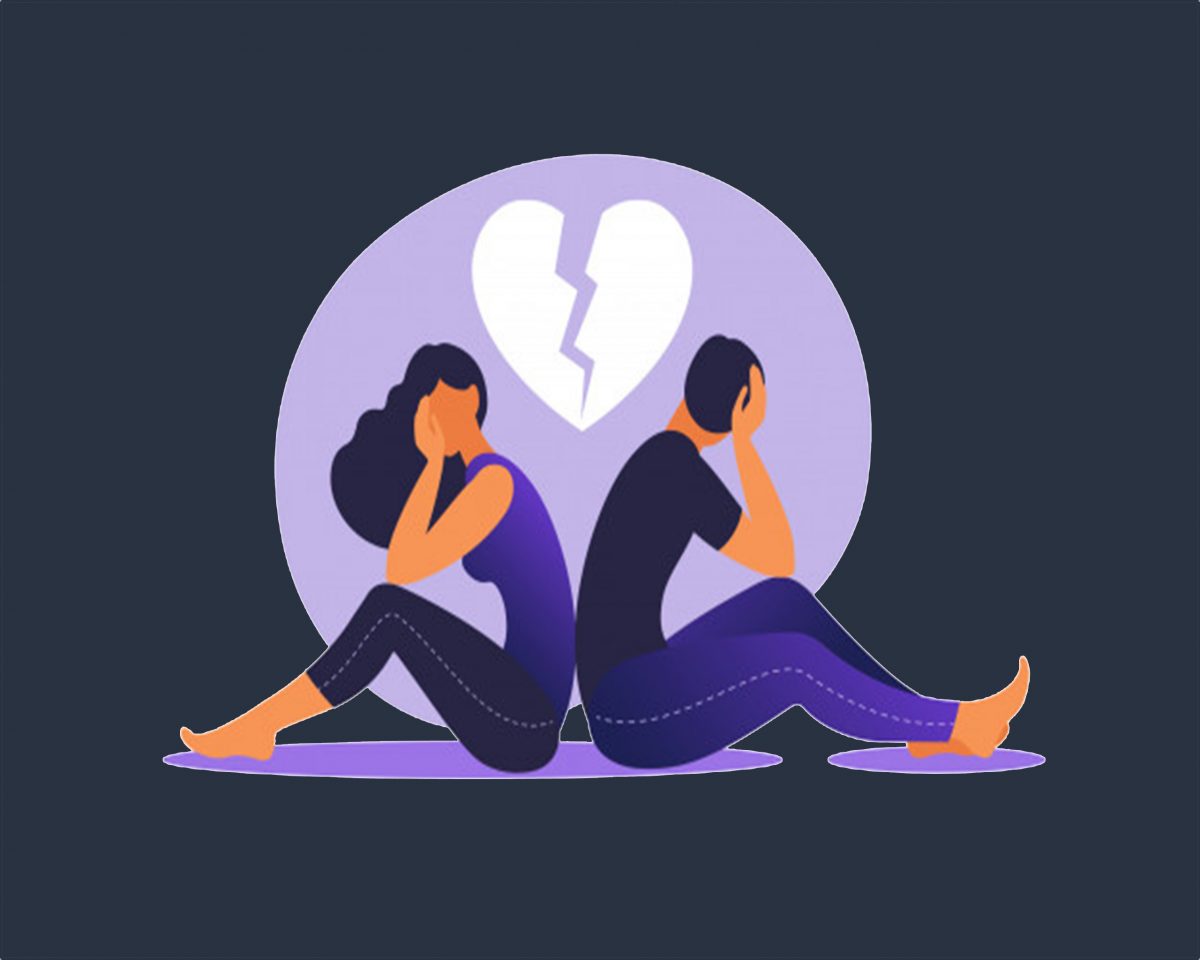 A lot goes on during no contact. It will probably be the toughest thing that you’ve had to do up until that point. It is terrible. It is a constant struggle against your own thoughts and emotions. But it is still the right thing to do, no matter how terrible it might sound.

If you did the right thing when your ex broke up with you and cut all ties, then be prepared. You have a lot of emotional rollercoaster weeks and months ahead of you.

Unlike the dumpers who are feeling happy and are relieved, the dumpees are sad. It is a shock for them. It is unexpected. Three days ago they told you they loved you. And now this? Well, they have been planning it for a long time. For them, it is a relief. But for you, it is out of the blue.

You love them. There is an emotional bond between you two. You spent a lot of time together, and even if you didn’t, it can still be tough. And you don’t want to let go of that same bond. But they do. So it is easier for them. That’s why they can appear cold at the end of a relationship. And now you are sad. It’s been two weeks and you’re missing them a lot. There is a strong urge to message them. And you even might.

At this point on though, it will only make it worse. You’ll either get no reply at all or a one-word reply. It sucks both ways. But, if you’re following no contact, you won’t message them. No matter how strong the urge is.
You’ll plow through that. Still, you will miss them. For a long time. On average, it takes about six months to fully heal from a lost love. But we are talking about emotions and love. You can’t put numbers on them. And you shouldn’t. Everyone is different. Someone will heal in six months, someone will heal in a year.

The point is, during that time while you are healing – go out. Be with your friends. Get some new hobbies. Travel. And most importantly, work on yourself. This and no contact are two sure ways that will make that whole process faster. It is a great way to keep your brain occupied from thinking about them. And that is the end goal after all. The feelings will disappear over time. You will remember them and cherish the memories, but the feelings won’t be there anymore. At least not those negative, bad ones.

I guarantee that you will move on a lot faster if you are doing that then if you continue stalking them and messaging.

Those first two months will be painful. A lot. A living nightmare. You will still be a bit shocked. You’ll want to tell them any good news, show them a funny clip, etc. But stick to it. Continue occupying your mind and working on yourself. Hit the gym, get into that whole new world. One that you didn’t have while they were in your life.

After some time passes while you do that, new things happen. When you’re out doing hobbies, hanging out with your friends, you will notice a slight shift. In the beginning, you thought about them a lot. And you wanted to talk to them. But over some time, you’re thinking less and less about them. Soon, it becomes even less frequent.

At this point, you might even have some flings. And you should. Fuck the mainstream advice that tells you not to have sex while you’re hurting over someone. Go. Do it. Flings are awesome and they will give you back the much-needed confidence. Because remember, when they break up with you, your confidence is shaken as well. You’re feeling like nobody will ever love you again.

If you’re still hurting it is best not to be in a real relationship yet though. One night stands and short flings don’t count. Go have fun.

Now, it’s been a few months and you’re not thinking about them that much anymore. They pop into your mind here and there, but it’s a passing thought. After this point, it is only a matter of time until you lose all feelings towards them and move on completely.

The funny thing is, for the dumper, it is quite the opposite. And while you have just moved on, they just began thinking about you again. This is the point when most dumpers reach out. Read more about the dumper’s path here: