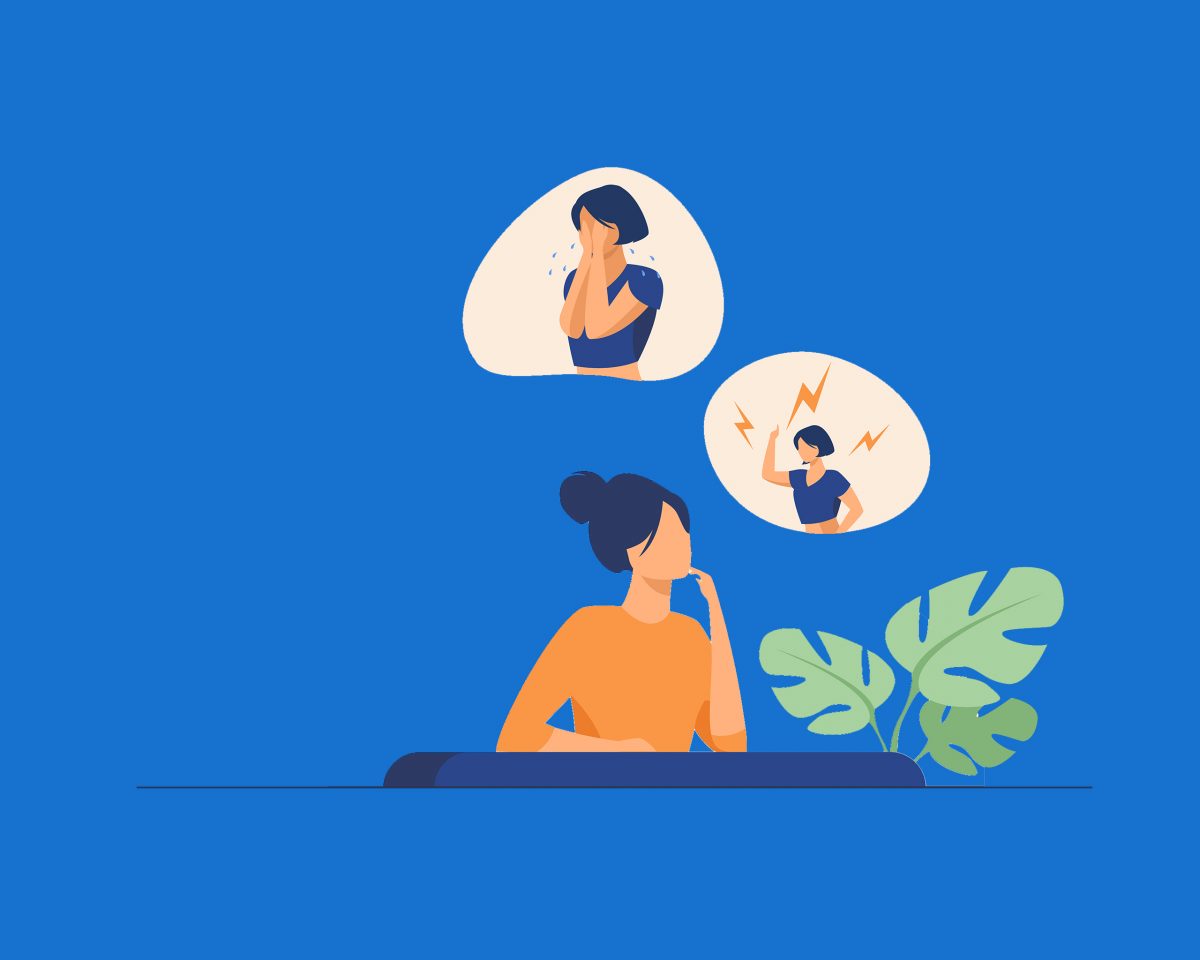 It’s a common misconception that you should hate your ex because that’s a healthy way to feel about them. But… It is not. In fact, if you or your current partner have negative feelings about your ex, the connection for that ex is still there.

If you think about it, it makes sense. Why would you have any feelings, be it positive or negative if you don’t care about them? Think about a time when you hated your ex. You hated them, but you still thought about them. They were still on your mind. Always in your subconsciousness. You were reactive towards them. Seeing them caused you to have all sorts of feelings. Seeing their picture made you nervous. You might say to yourself: “They were such an asshole towards me.”

But if you saw them out, you would still look at them. You would give them attention. Your friends would tell you that they are there. You would whisper and point towards them.

Hate is a feeling. It is a negative feeling, but it is a feeling nonetheless. It’s the polar opposite of love, but it still means you have a connection to your ex. If that same ex was to say that they are sorry or if they wanted to get back with you, you would be with them again. The true moving on from your ex is called “indifference.”

How is it different from hate? Well, let me explain.

Let’s take those scenarios from above. If you saw your ex out, instead of glancing at them looking pissed off, you wouldn’t even notice them. Or you would, but it would be more of an “oh, they are here,” kind of thing. And then you would not give them any attention at all. Because you don’t care.

Think about an ex that you have truly moved on from and you have no feelings towards. How do you feel when you see them somewhere or you see them post on Social Media? You don’t care, because you have moved on. That is the true indifference.

If you hated them, you would talk to your friends about them, and gossip about them. You’re doing it all in hopes of them noticing. You want them to see you angry and react. That will also show you that they still care. If you are indifferent, you wouldn’t do that. Your friends would tell you: “Look, Bobby is here!”

And you would go: “Oh, cool.” And then continue on. Although, people can sense shit. If your friends sense that you are truly over them, they wouldn’t even mention the other person.

When you get to a point where you don’t care if they are anywhere near you. When you stop thinking about them throughout the day and it’s like they don’t exist at all. If you don’t care whether they will message you or not. That’s when you can say: “I have moved on.”

But if you hate them, if you still glance to see if they are anywhere near you. If you play a scenario in your head where you’re constantly thinking: “I can’t believe they did this.”

You’re still thinking about them. They are still in your head. Even if it is all in the negative, but they are still there. You’re keeping that connection intact. So, if you have a partner that talks about their ex, even in a bad way, but they keep mentioning them, be careful. There is a good chance you are a rebound.

Why You Should Love That Your Ex Hates You

I had exes who hated me. I had clients whose exes hated them. What happened in a lot of those cases is; their ex would message them. Out of the blue. They would usually message them by being angry and calling them out. But that message sub communicated exactly one thing: “I still care about you.”

If they are still angry at you 6 months after the breakup, it’s possible that they are not angry at you at all. They are angry at themselves for still thinking about you. For still missing you and wanting you. So, they project that hate towards you because well, they don’t want to think that they made a mistake. You were not good for them and they should hate you. But, they don’t. They hate the fact that they made a mistake and that you look happy and at peace.

There are some exes though, that will be angry at you for not contacting them and begging them. Stay away from those people because all they want is someone to feed their ego. They are angry at the fact that you don’t need them to continue on with your life. That bothers them. These types of exes will often lie about the things that you did while you were together to make you look like a villain.

A lot of people I know got back with their angry exes. So, if your ex still hates you months after the breakup, you might think that it means they have moved on. It doesn’t. They still care. It doesn’t mean that you should immediately message them though. That would make them even angrier. Wait it out. Their anger will subside. They will be able to look at the situation with a lot more clarity. Stay out of their way until then.
Indifference is the key to everything. Not feeling nervous around them and not letting them dictate your emotions. That is the real way of moving on.