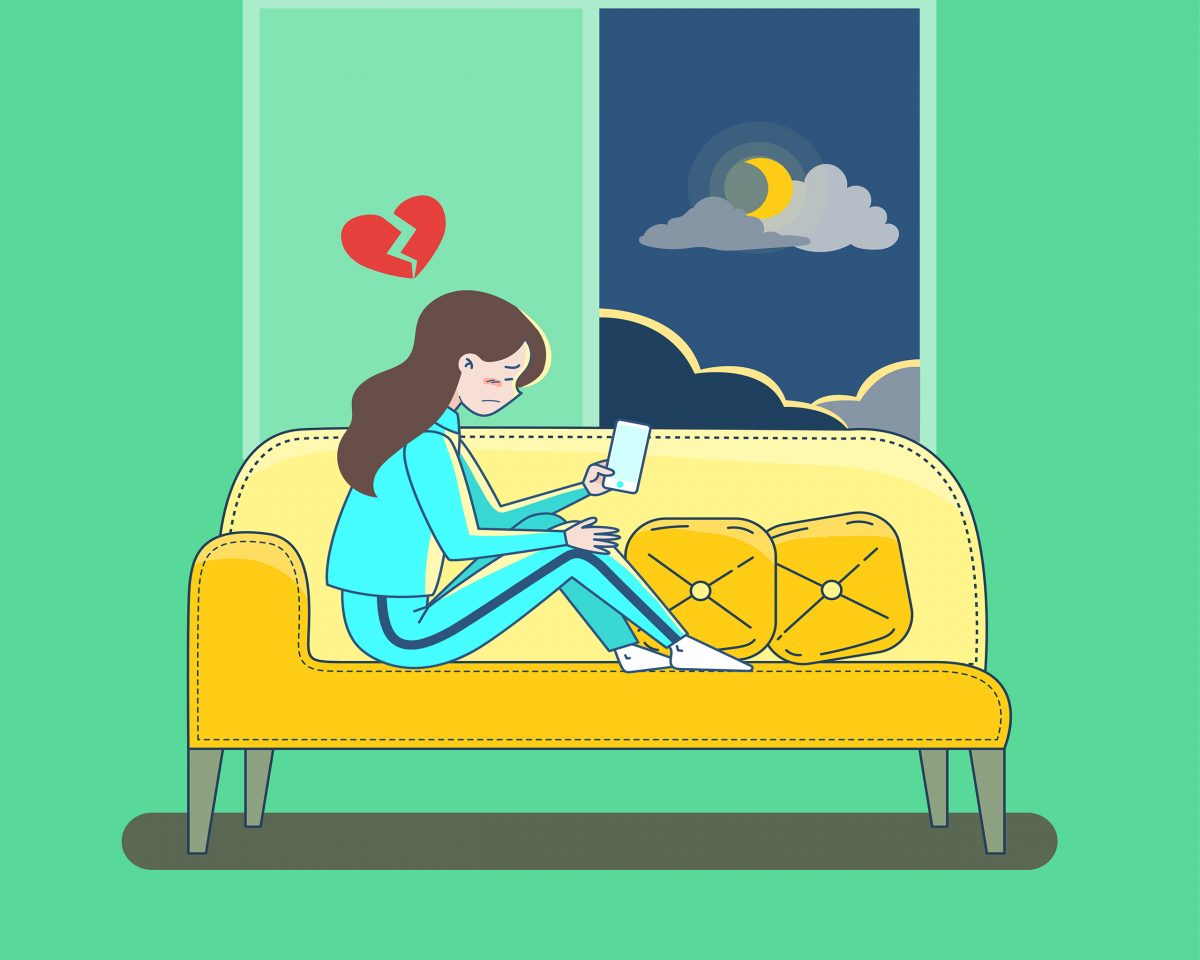 Imagine this. You hit it off with someone. You go on dates and everything seems fine. They like you, you like them. You text, you flirt, you have sex. Everything is fine. And then one day, they don’t respond to your message. Your last text might have even been a question, but you got no answer. Two days have passed. They don’t say anything. A week has passed – still nothing. You, my friend, have just been ghosted. And it sucks.

“Did I do something wrong?” is probably what is racing through your head at that moment. A sudden urge to double text them and ask what is wrong is getting stronger and stronger every second. Should you do it? Well, no. You shouldn’t.

There are a couple of reasons for their ghosting. You’ll have to pick one depending on your situation. If you’re still not sure, contact me and I’ll help you figure it out.

Reasons for getting ghosted

You might think that you didn’t, but you did. Guys especially have the tendency to do that. They text too much, start calling, constantly ask the girl on a date, share every detail of their day with them and it creeps girls out. Their interest plummets and they just leave you on read.

Sometimes, some people are just not ready. They were all good a few days ago, but one day they were just in a bad mood, a depression hit them, they realized they don’t want to date anyone and they just don’t respond. Maybe they are still not over their ex and realized that it is going too fast between the two of you and it makes them uncomfortable. A shitty way to dump someone, but it happens.

One of the most common reasons for ghosting. All can be fine and dandy, but one day a person who they just think is of higher value and more attractive than you comes along. And they pick that person. They don’t want to be disrespectful to that person, so they don’t text you again. Or, an ex wanted them back and they decided to give the relationship another try. They just have a bigger and stronger emotional connection to them and it prevailed.

This is a case in which you talked shit about them or they found out something that they weren’t supposed to. They got really angry and decided not to respond. This is a tough one to figure out unless someone outward tells you that they are mad or that a secret was leaked. This is why you don’t talk about someone behind their back. People are bad secret keepers and sooner or later it will be found out.

It sort of relates to the first point. You’ve shown way too much interest and spook them off. This is mostly used by girls. You were a strong alpha male when they met you, and you’re becoming needy. This way, they can see how you will react to them not responding. If you double text – you fail. If you let them be and come back to you, you’ve regained some of the power. This is a wake-up call that tells you that you have become a bit complacent.

Ghosting is not used by high-quality, emotionally stable people. It is mostly used by someone insecure, manipulative, and emotionally unavailable/weak. It’s good actually because it shows you that these are not the right type of people for you.

High-quality people communicate and they are honest. They will tell you what is wrong and express their troubles and opinions. No matter how uncomfortable they are. They will never ghost you.

What is the solution for ghosting? While these 5 points may be different, they all have the same solution – you do absolutely nothing.

If you over pursued, now is the time to show them that you are not needy and can live your life without them.

If they are not in the right headspace, there is not much that you can do anyway. Let them figure out their problems by themselves. You are not a therapist and you deserve someone who is available to love you. They’ll text when they are ready.

If they met someone else or got back with an ex, let them be. There is no point in reaching out. When problems start arising in their new relationship, they’ll think of you and start to realize their mistake. If you confront them about it, you’re done.

If they are angry, let them cool off. If you double text now, you’ll only make the situation worse. Leave them alone and after they cool off, they might text you.

If they are testing you, silence is golden. Do not do anything else, withdraw your attention.

You’ve probably read a few of my blogs and realized that no contact is the way to go in every situation. It is. It just works. Focus on yourself. If they do text you back after some time, do not bring up the ghosting. Continue on as if nothing happened and set up your next date.